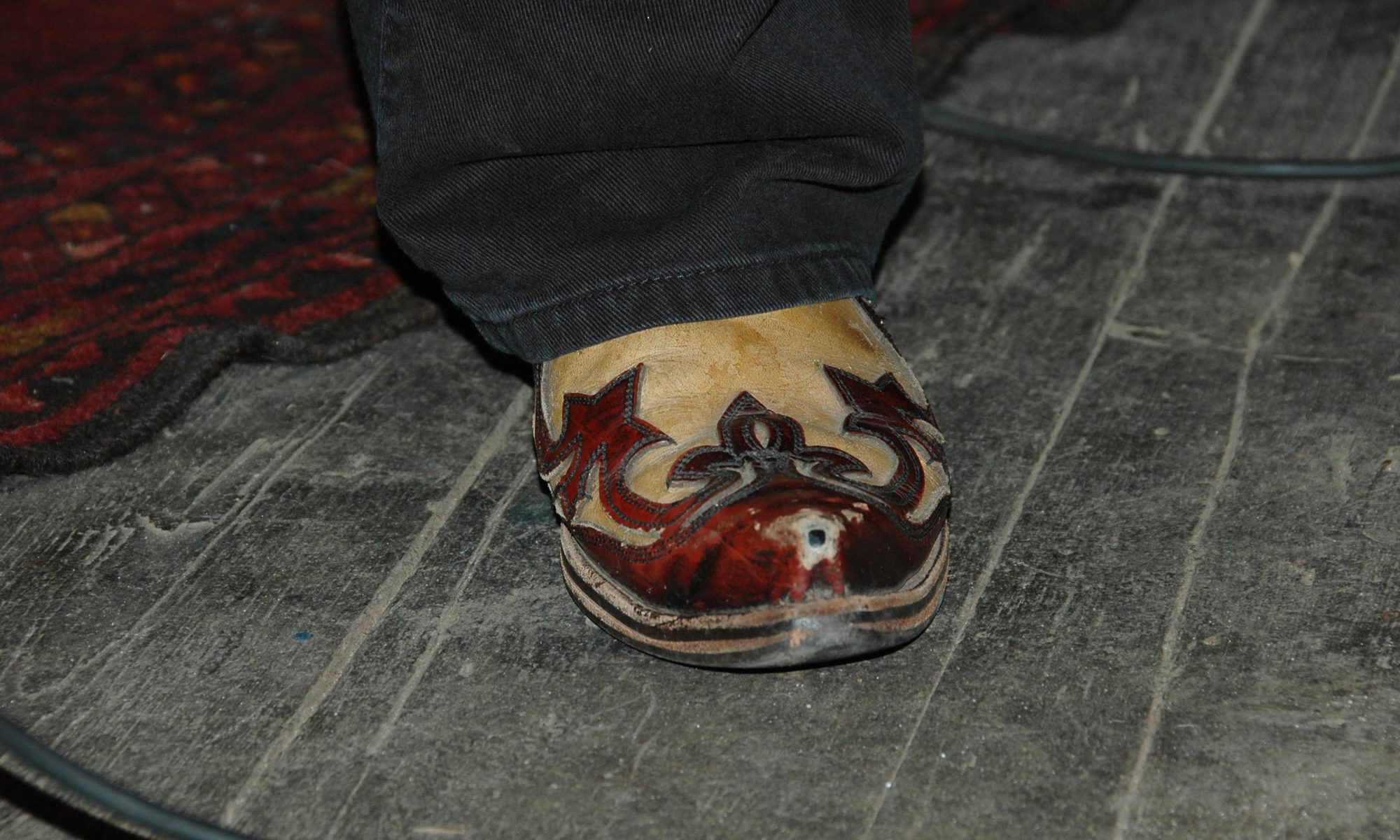 Out of the folds and crannies of S. Mountain, between the small cities of Berne and Biel, materializes this scrawny guy, wearing cowboy boots and a ball cap, playing an old guitar with the broken off neck of a Barbera bottle for a slide, picking strange patterns with the bare and bleeding fingers of his right hand; occasionally a-suckin-and-a-blowin on the ole mouthorgan between verses. It is a strange and infecting mixture of blues, bluegrass, folk and country. Old songs, some very old, all played traditionally, but somehow all in the wrong tradition, thereby blurring the borderlines (are there any, anyhow?) between the different genres of traditional American (AND European) Music. Shamelessly disfiguring those songs, putting the parts together again to create his own Sideshow of Musical Monstrosities. Calls it the Sideshow Stephen Solo Slide Guitar Express and he sure can take you places. Coast to coast and around the world, from the Nineteen twenties to the year 3000 (B.C. or A.D.)All in one song if need be, yessir, anytime you like ma’am. He’ll moan the blues and he’ll cry through desperate mountain songs, howl the gospel and holler out folk tunes, though not always in that sequence, accompanied by the thumping bass and whining treble of said guitar (a 1937 wood body National Trojan, for those interested), leaving his audiences befuddled, intrigued and downright enthusiastic, though not necessarily in that order.

To be free (©words and music by Sideshow Stephen voc, slide guitar)